Looije hosts the ‘weight of the Carnival characters’ in Águilas Yesterday, February 27th, OP Looije’s headquarters hosted one of the most traditional ceremonies of Aguilas’ Carnival: the weight of the characters, adults and children, in the presence of the media. Mari Carmen Moreno, Major of Aguilas, José Alonso, Director of the Carnival Groups Association, Juan José Lopez, General Manager of Looije and representatives from companies that contributed to this act assisted to the event.

In this friendly ceremony, adult and children versions of Don Carnal, Doña Cuaresma, Musa y Mussona were weighted and received their weight in local products, which were donated by several companies, such as Looije, who contributed with hundreds of tubs with Sarita cherry tomatoes. The characters left with a significant amount of cherry tomatoes Sarita, sea brems, sea bass, tomatoes, broccolis, lettuces, mandarins, nuts and pickles.

After the Weight, Looije invited everyone to an appetizer in its Canteen, which is located in its new facilities, opened by the company in December 2018. 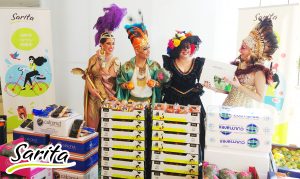 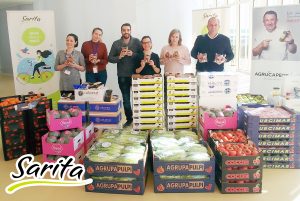 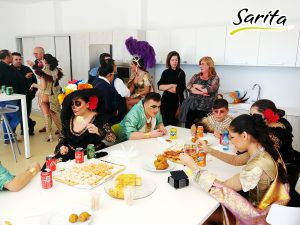