Tomate Sarita with Housewives of Águilas Yesterday the municipal building at ‘Placetón’ hosted the 6th edition of the traditional contest ‘Snacks and pies’, that the ‘Asociación de Amas de Casa, Consumidores y Usuarios’ celebrates each year, with the collaboration of the Council of Consumption of Águilas and the sponsorship of different commercial entities, such as Looije, who gave more than 100 tubs of Sarita cherry tomato.

The act, which included a speech from Sebastián Ramírez about the problematic of microplastics, counted on the presence of Mari Carmen Moreno, Major of Águilas; Isabel María Torrente, city councilor of Consumption; Encarnación Navarro, councilor of Festivities; and several representatives from sponsor companies, like Pedro M. Lozano, Director of Communication and Marketing from Looije.

After the jury’s deliberation, Yolanda Gallego and Pepi Moreno won the special prizes for the categories of cold starters and cakes, respectively. 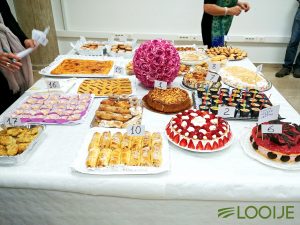 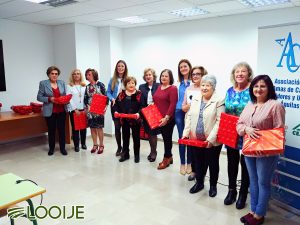 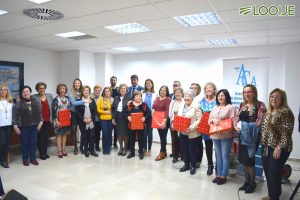